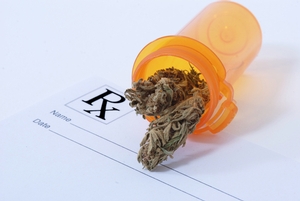 The Arizona Court of Appeals on June 29 this year ruled that resin from marijuana plants, known as “hashish” on the street and “concentrate” in medical marijuana terminology, can’t be sold in licensed dispensaries anymore.

The state attorney’s office argued that resin isn’t part of the Arizona Medical Marijuana Act, which voters narrowly approved in 2010. (Resin is used in products that are edible and for vaping, which is odorless.)

The defendant argued that hashish is a preparation of the marijuana plant and that his medical marijuana patient status protected him from prosecution.

In its ruling the appeals court stated that, “According to our supreme court, hashish is ‘the resin extracted from the marijuana plant,’ criminalized as cannabis, a narcotic drug, and distinct from marijuana.

“The legislature has recognized hashish and marijuana as two distinct forms…but marijuana alone has been singled out for separate treatment under our statutes. If the drafters (of medical marijuana legislation) wanted to immunize the possession of hashish they should have said so,” the court stated.

We need to wait for the Arizona Supreme Court to weigh in, which could take some time. Meanwhile, concentrates may continue to sell at dispensaries. But we can see from this ruling that this product is legally confrontational.

What this means to Medical Marijuana Patients

The court’s ruling resulted from an appeal of a Prescott criminal conviction under A.R.S. §28-1381 (A)(3) covering motor vehicle operation.

The medical marijuana patient who was in possession of 0.05 ounces of resin in a jar was convicted in a non-jury trial and sentenced to 2.5 years in prison for possession and another year, to be served at the same time as the longer period, for possessing drug paraphernalia, the jar. He was credited for 366 days already served in custody.

Lawful medical marijuana patients, those suffering from severe, chronic or terminal illnesses, with a valid card issued by the Arizona Department of Health Services, allows them to possess up to 2.5 ounces of prescribed marijuana and in some cases they may grow marijuana plants.

The act protects cardholders from arrest and prosecution on drug charges. That is unless they are stopped while operating or in physical control of a motor vehicle, including motorboats and airplanes, or are using or in possession of marijuana in a child care facility. Actual physical control can mean simply being in a parked vehicle with its ignition key available.

Evidence that you’ve been using marijuana in any form can be detected while the drug is active. Marijuana use also can be discovered in the human body’s fatty tissue for a long time after its use in the form of metabolites, a substance produced by a person’s metabolism. These are not active. This is a violation of A.R.S. §13-3401.

In the event of an arrest, the state has the burden to prove its case beyond a reasonable doubt.

In another case, the Arizona Court of Appeals ruled that aggressive prosecutors can’t just assume that the level of THC (Tetrahydrocannabinol), the active ingredient of marijuana, has impaired the patient. And, there is no specific law in Arizona statutes defining what the legal threshold of THC is or is not.

To prove its case the prosecution must meet a rather low threshold: Impairment to the “slightest degree.”

Body weight and individual rates of metabolism can vary from person to person and may show that the amount of THC involved does not reach the “slightest degree” test.

During the course of a traffic stop a police officer may violate a constitutional right, such as failing to read your rights to you or performing an illegal search and seizure. In these situations the case can be dismissed.

Exercise your Right to Remain Silent

At the traffic stop you have a valuable defensive opportunity. Simply exercise your constitutional right to remain silent and request an attorney. The officer may ask if you have a medical marijuana card.

Answer yes and right then, you’re admitting you use marijuana which can lead to a probable cause arrest based on “slightest degree.” Anything said becomes state’s evidence, so don’t help the state’s case.

What to look for in Legal Representation

When your medical marijuana card causes a problem for you, the best thing to do is immediately retain an experienced criminal defense attorney. I have extensive experience defending people who use marijuana for medicinal purposes, I work hard for them, their health, and I thoroughly understand the legal complexities involved in these cases.

If the state has a strong case against you I can still help. I have years of experience negotiating with prosecutors and can work to achieve a plea agreement that is most beneficial to you, such as a reduced charge and less punishment.

I provide a free legal consultation to evaluate your situation, explain the law involved, the punishments you are facing, and a potential defense.

As evidenced by the Prescott medical marijuana cardholder‘s prison sentence, a criminal conviction also levies significant fines and the possible loss of employment. A felony conviction means losing the right to vote and the right to own and possess a firearm.