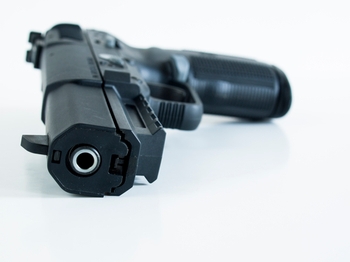 One of the most dangerous criminal acts is shooting from a vehicle at people in cars, buildings and places such as a park or on a sidewalk.  Street gang competitive violence in greater Phoenix and other Arizona communities explodes in drive-by shootings and episodes of road rage also have predictable drive-by results, unintended victims.

Drive-by shootings have a nasty practice of wounding and killing people who just happened to get in the way or who were mistakenly targeted.

A road rage example from April 2019 is the death of a 10-year-old girl allegedly at the hand of a 20-year-old shooter with a long criminal record. After an incident of some sort on the road, the shooter followed a family of four home in broad daylight and while standing in their drive-way he starting firing shots into their home, killing the girl and injuring her father.

Police charged Joshua Gonzales with first degree murder and three counts of aggravated assault, stated a media report. That case was the seventh drive-by shooting in the first four months of this year, according to the media report.

This case testifies that the state is adamant about prosecuting these offenses.

In gang related cases, the shootings most often happen at night to make positive identification difficult or impossible and surprise the targets. It’s not unusual for the shooter to be a passenger in the vehicle which makes for a hasty retreat.

Drive-by shootings per Arizona Revised Statute §13-1209, holds that anyone who intentionally shoots from a vehicle into another occupied vehicle or an occupied structure is guilty of this offense.

Drive-by shooting is a class 2 felony, one step down from the most severe felony offense. The penalties are incarceration are a follows. Judges have wide discretion under Arizona’s sentencing guidelines depending upon if the conviction is the defendant’s first or if the defendant has a prior felony conviction and if the criminal act was dangerous. Beyond that the law allows for minimum, presumptive, maximum and increased maximum sentencing ranges.

After the sentence is served, the felon is placed on probation that imposes additional restrictions and serving the community in some way is imposed.

What not to do when Detained

When authorities target you as a suspect they will launch a barrage of questions. My advice to you is to not answer.

It’s your right under the Fifth Amendment of the U.S. Constitution to not incriminate yourself and you also have the right to haven experienced criminal defense attorney present during the questioning. Declining to answer should stop the interrogation.

Authorities under law must advice you of these protections under the U.S. Supreme Court’s Miranda vs. Arizona ruling. If they don’t the case will be dismissed.

The problematic issue for authorities is proving that the defendant was the shooter beyond a reasonable doubt. Drive-by shootings happen quickly so the victim and any witnesses’ identification of the culprit can be suspect. And if the shooting happened at night, visibility further reduces the chance for positive identification particularly if the moon wasn’t full.

If more than one person was riding in the vehicle, determining which person actually fired the weapon is crucial. If one of them had the weapon, the question is did that person do the shooting or was the weapon handed to that person.

Forensic evidence, such as gunpowder residue, can be challenged to determine if the evidence was legally obtained and properly stored to avoid contamination. Bullet casings found at the scene alone can identify the weapon used in the attack but won’t identify the shooter.

The defense will aggressively challenge the state’s evidence and in conducting a thorough independent investigation strive to develop evidence that’s favorable to the defendant.

In some cases in which the state has strong evidence, negotiations with the prosecution may be possible to reduce the seriousness of the offense and with it a less harsh penalty, such as unlawfully firing a weapon or some sort of misconduct with a firearm. To enter into such an agreement requires the defendant to plead guilty to the reduced charge. Such bargaining is beneficial to the state in that it saves the prosecution’s time and resources and the expense of conducting a jury trial.

Life after a Felony Conviction

After release from incarceration comes a lengthy term of probation with numerous restrictions on your newly restored freedom that, if violated, means returning to prison. Fines that are imposed can cause long-term financial problems.

Rebuilding a life after serving the sentence imposed by the court is difficult for convicted felons. They have trouble getting a job and those who have professional licenses will have the license suspended or revoked. Finding a place to rent can be troublesome, although it may be that refusing to rent an apartment to a convicted felon may be discrimination under the Fair Housing Act. Felons also can’t vote in elections and are stripped of the right to own or possess firearms.

You can see that a drive-by conviction is a serious matter and if you or a loved one is suspected or arrested for this offense, you can learn about the legal options by taking advantage of my free case assessment. I’ll evaluate your situation, ask questions, and explain the legal process you’re facing. It’s important that you have legal representation early in the case while memories are fresh.

Contact Phoenix, AZ Criminal Defense Attorney, Aaron Black or call (480) 729-1683 and I’ll promptly respond if I’m not in court. I represent clients in all city, state and federal courts i and am available 24 hours a day, 365 days a year.