Phoenix drivers who are impaired by alcohol and cause an accident that seriously injures or kills someone – including passengers in the driver’s vehicle – will have a standard misdemeanor DUI raised to a far more serious felony. 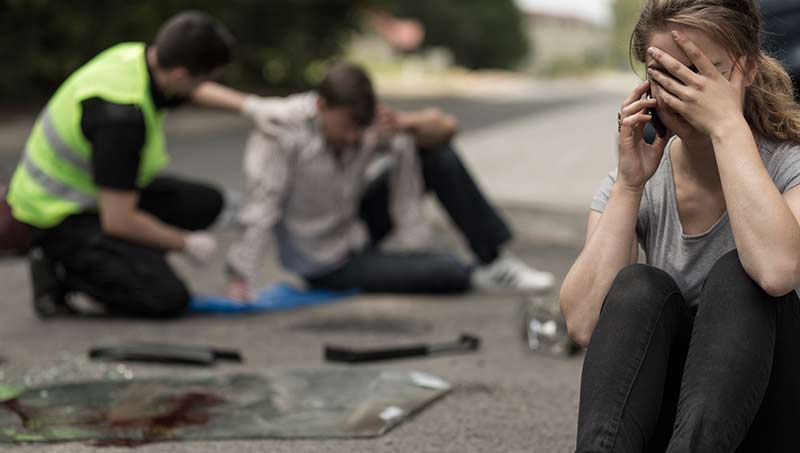 If the accident resulted in a death, the state will file a Class 2 felony, the second most serious in the felony range, alleging a charge of vehicular manslaughter.

Should the impaired driver leave the scene of a fatal or serious injury accident, the state will add a Class 3 felony charge under Arizona Revised Statute § 28-661. However, a driver who caused the accident will face a more serious Class 2 felony for causing the serious injury. If the drunk driver did not cause the accident, the state can charge a lesser Class 3 felony.

Under Arizona Revised Statute 28-661 (C) a driver who caused the accident and flees will be charged with hit-and-run, which is a Class 2 felony.

The most common of manslaughter cases happen on our Phoenix and Scottsdale roads. The dangerous weapon is the vehicle with the driver speeding, driving aggressively, racing, or driving impaired by alcohol.

An involuntary manslaughter charge may be applied in impaired driving cases because the driver did not intend to kill anyone.

Arizona has a baseline blood-alcohol concentration of 0.08 percent for a Class 1 misdemeanor, the most serious of the misdemeanor range. Higher intoxication levels increase the DUI charge to a felony for aggravated and extreme DUI. If a child younger than 15 was in the vehicle at the time the driver was arrested, that adds an aggravated felony charge.

A driver under Arizona law can be legally impaired even if the BAC is below the baseline. This is the result of the zero tolerance policy allowing arrests for drivers who are just “slightly impaired.” The size, weight, and alcohol tolerance of people play a part in the level of impairment because the body’s metabolism processes alcohol at different rates over time.


Consequences of a vehicular manslaughter conviction

Arizona prison sentencing guideline provisions are comprised of minimum, presumptive, and maximum ranges. For a first-time offender charged with the dangerous Class 2 felony, the minimum sentence is seven years, the presumptive is 10.5 years, and the maximum prison term is 21 years.

For an offender who has one prior dangerous Class 2 conviction, the minimum is 14 years, the presumptive is 15.75 years, and the maximum is 28 years.

For someone who has two prior Class 2 dangerous felony convictions, the range increases to a minimum of 21 years, a presumptive of 28 years, and a maximum of 35 years.

The sentences for the DUI and for causing serious injury or death will be served one after the other, which is called consecutively.

A judge has the discretion in determining the actual length of the sentence, so the punishments can vary depending upon the facts of the case and the defendant’s criminal history and if it is the person’s first offense. The judge may also impose fines and a term of probation after the period of incarceration ends.

The license to drive is revoked for five years in serious injury cases and 10 years if a fatality occurred not including any time that the offender is incarcerated.

Other than years in prison, a driver who seriously injures or kills someone can be sued by the victim’s family for financial and punitive damages under civil law, for medical bills or causing a wrongful death, to recover what the deceased person could have earned had he or she lived. The offender’s future wages can be garnished. While criminal law requires the state to have evidence beyond a reasonable doubt, civil law just requires a lesser burden of a preponderance of the evidence.

To earn a conviction, the prosecution must prove beyond a reasonable doubt that (1) the accused drunk driver was intoxicated to at least the slightest degree, that (2) the accident caused bodily harm or death to another person and property damage, and that (3) the alcohol impaired driver did cause the accident.

We all have the constitutional right that protects us from convicting ourselves. In interacting with authorities, it is crucial to invoke the Fifth Amendment because anything said will become evidence against you.

Every vehicular manslaughter case has its unique set of facts that will determine the most effective defense strategy. These are the common defenses for this offense:
Aaron M. Black Law for Accident DUI Defense
Should you or a loved be charged or are under investigation for a DUI involving an accident, it is crucial that you be represented by a seasoned DUI defense attorney such as myself. In my long career as an aggressive DUI defense attorney, I know that good people can find themselves in legal trouble and that is why I ensure they have the best defense possible.

At Aaron M. Black Law you will receive personalized legal services. You will always be talking directly to me at every step of your case, never an assistant.
Begin your DUI with accident defense immediately by calling 480-729-1683, which is available 24/7, and I will respond promptly unless I am in court on at trial. Or use the online contact form on my website.

I defend DUI cases involving an accident in Phoenix, Scottsdale and throughout Arizona, including Maricopa, Pinal, Yavapai, and Coconino County Superior Courts.