Are You an Out-of-State Driver With an Arizona DUI Charge? 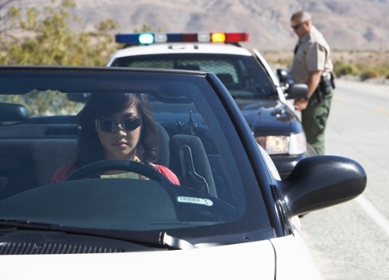 Any DUI arrest is a stressful and troubling experience. It does not matter where you are from or where your arrest takes place. However, Arizona has some of the strictest DUI laws in the nation, so facing an Arizona DUI charge is no laughing matter. You could potentially face some serious consequences.

If you are a resident of another state but were arrested and charged with drunk driving in Arizona, then you are probably worried about the potential consequences you are likely to face if convicted. You also likely have many questions about the legal process you will undergo. Most people are at least vaguely familiar with the DUI laws in their home state. However, if you do not currently live in Arizona, then you need to understand what to expect. In the following article, Scottsdale DUI lawyer Aaron Black explains how to handle an out-of-state DUI charge in Arizona.

First, it is important to understand your legal rights and conduct yourself properly after an out-of-state DUI arrest in Arizona. What you do and say immediately after a DUI arrest can negatively impact the outcome of your DUI case. You should try to remain calm and focused while under arrest. The decisions you make could potentially make the legal process easier for you in the long run. At the Law Office of Aaron M. Black, PLLC, we recommend doing the following:

You have the right to remain silent and invoke the Fifth Amendment after an Arizona DUI arrest. Law enforcement officials may attempt to get you to confess to or implicate yourself in crimes you may not have committed. It is important for you to not make any statements that the courts could construe as an admission of guilt. You should clearly and unequivocally invoke your right to remain silent. Doing so will give your attorney a chance to launch an aggressive and effective DUI defense.

You have the right to request an attorney after an Arizona DUI arrest. You should take full advantage of this privilege and contact someone with knowledge of Arizona’s complex DUI system. An experienced and professional DUI attorney will know the Arizona DUI laws that could impact your case and can explain these laws clearly and concisely. He or she will work tirelessly to protect your rights and determine whether your DUI arrest was lawfully executed. At the very least, he or she can assess your case and explain the options available to you.

Penalties for an Out-of-State DUI Conviction in Arizona

Where Will I Serve an Out-of-State DUI Sentence?

This is one of the main questions people ask after receiving an out-of-state DUI conviction. You should never assume that a conviction is a final answer or the only way out of a situation. You should always contact a DUI defense attorney to see whether you could successfully have your DUI charges dropped. Depending on the circumstances of your case, this may or may not happen, so you should still know the logistics of your potential sentence.

In Arizona, most DUI convictions result in jail time, even for a first-time offense. While jail time is difficult for everyone, including Arizona residents, it is particularly difficult for out-of-state drivers. Alternatives such as work release that let convicted parties keep their day jobs are not available.

While it is possible for you to serve your sentence in your home state, the responsibility is on you to find a jail that will take you. Because of overcrowding in most states, this is more difficult than it seems. You may end up having to carry out your jail sentence in Arizona, far away from your family and friends.

Millions of people travel to Arizona each year to enjoy the warm climate, beautiful landscapes and numerous attractions. Some of these people will have run-ins with the police and be arrested and charged with driving under the influence. If you are one of these people, then it is important to speak to an out-of-state DUI attorney in Phoenix, AZ as quickly as possible.

At the Law Office of Aaron M. Black, PLLC, we understand that being charged with a DUI is frightening, especially if you are a resident of another state. Fortunately, criminal defense attorney Aaron Black can help you during this difficult time. He can help you maximize your chances of having your charges reduced or dropped entirely. Contact him today at 480-729-1683 or fill out our confidential contact form to schedule an initial consultation. Aaron will answer your hard-hitting DUI questions and help you understand what will happen during your out-of-state DUI case.