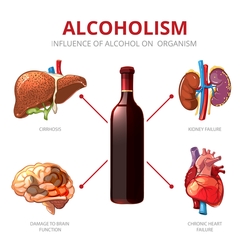 Alcohol awareness month was established in 1987 with the intent is to help reduce the stigma associated with alcoholism and the consequences of its long-term use. Although I often talk about the implications of drinking and driving, it goes far beyond the streets.

According to award-winning and health writer Scott Stevens, author of “I can’t see the Forest with all these damn trees in the way,” there are several health consequences of alcohol.

Do you know what the health effects of alcohol are?

Staggering statistics on drinking and driving

No one is immune from the effects of drinking and driving in our society. From an innocent victim in the wrong place at the wrong time to the health effects and societal consequences, there is no happy ending to excessive alcohol abuse.

The bottom line is that no matter the month be it April or October we should all be aware of the consequences of abusing alcohol.

If you have questions about the DUI laws in Phoenix contact DUI attorney Aaron Black or call 480-729-1683 for a free consultation.