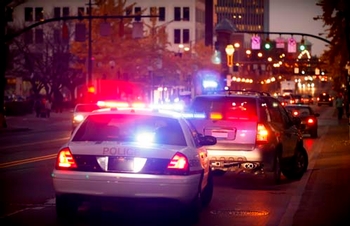 With some of the harshest DUI laws in the nation Arizona and Greater Phoenix authorities aggressively perform arrests for driving while impaired by alcohol or drugs. Among their legal avenues are aggravated driving or being in actual physical control of a vehicle while impaired under Arizona Revised Statute §28-1383 and its companion offenses.

Other consequences of a felony DUI conviction

A felony conviction means the loss of the right to vote in elections or hold public office, to possess and carry a firearm, revocation or suspension of a professional license required by teachers, real estate agents, financial consultants, truckers, and other professions regulated by professional organizations.

A felony conviction makes it difficult to get or keep a job or rent an apartment. A felony conviction will also stain a person’s reputation in the community and becomes public record for anyone to see. News coverage can occur in severe crashes and in cases involving high profile people. Felons cannot enlist in the military.

Being jailed for at least four months and perhaps longer can result in your employer terminating you and college students who are convicted can be expelled from their schools.

Authorities can charge a motorist with an aggravated DUI even if the person was not driving and the vehicle is not moving. All under law that is necessary is the defendant to have been in “actual physical control” of the vehicle under Arizona Revised Statute §28-1381 if the person’s license was suspended, canceled, revoked or refused or while a restriction is placed on the person's driver license.

An aggravated enhancement is allowed if the defendant had a child age 15 or younger in the vehicle at the time a traffic officer investigated, or if the present offense happened within seven years if a third offense is committed.

The defendant had been driving on the wrong side of the road, which includes residential streets.

Each case is unique in that it has its own particular set of facts and circumstances but a defendant has common defenses available under law.

Law enforcement must of had the legal authority to make the traffic stop by having a probable cause or reasonable suspicion that a law was broken or about to be broken?

Did the traffic officer violate the defendant’s constitutional rights by failing to recite the Miranda rights, which are the right to remain silent so you won’t convict yourself and your right to have an attorney present during questioning?

Were the field sobriety tests inaccurate or administered improperly or did the defendant have medical issues that impacted the testing?

Were the breathalyzer, blood, or chemical tests flawed in some manner such as the blood sample was tainted?

Did the police report contain factual errors or omissions favorable to the defendant?

Did the MVD properly send notice of the suspension?

It is paramount to have a seasoned DUI defense attorney, such as myself, promptly after the arrest. It is always my goal to win a dismissal of the charges or to at least reduce the charge to a lesser offense.

I will conduct an independent investigation of the case including scrutinizing the police report and the arresting officer’s performance record. I will interview any witnesses and will work to develop evidence that is favorable to you.

Throughout the case you will receive timely personalized legal services. You will never be handed off to an assistant.

Launch your defense immediately by calling 480-729-1683, which is available 24/7, and I will respond promptly unless I am in court on in trial. Or use my online contact form on my website.