After you obtain a Bail Bond, immediately hire a Phoenix Criminal Defense Attorney 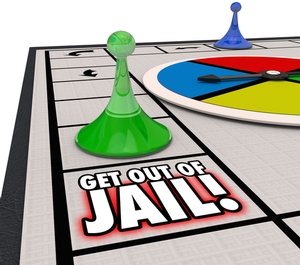 The phone rings and it’s a friend, loved one or family member calling to ask you to arrange for bail. If you’ve never been asked to do that you’re probably uncertain and confused about how it’s done so, let’s explore the bail bond process in Phoenix, AZ and its ramifications.

Bail bonds are a sort of an insurance policy. A judge determines if bail will be set and for how much, depending upon a number of factors, so a defendant can stay out of jail while guilt or innocence is decided in a court of law.

Instead of a judge setting reasonable bail, the court system also uses a “bonding schedule” for minor felony charges. This sets a certain amount of money necessary for you to be released without standing before a judge.

Arranging for a bail bond

Several bail bonding companies are situated near the Fourth Avenue Jail in Maricopa County all offering the same services. These companies serve as an insurance company’s agent, called surety. Bail bond companies operate under state regulations overseen by the Arizona Department of Insurance and their rates are regulated.

To apply for a bail bond requires the defendant’s full name, birthdate, the charges if they are known to you, a driver’s license or passport with a photo ID, cash or a credit card to pay the fees.

After the bond is arranged it takes six to eight hours for the defendant to be released.

Arizona law requires bail for those charged with a felony. But those facing a misdemeanor or minor offense may be released on their own recognizance, which is a personal promise to attend court proceedings without the financial costs for a bond.

The cost of a bail bond depends on the amount of bail a judge determines. For example, let’s say the court sets bail at $10,000. If the defendant doesn’t have the cash or a credit card, the defendant must secure a bond from a bail bonding company at 10 percent ($1,000) – the highest percentage allowed by law, which is the bondman’s fee for posting bail and that money is not recoverable. The bond company also will charge fees and expenses and require collateral, such as the pink slip for a vehicle that will be returned once the case is finished.

Conditions for release on bond

The bail hearing at the beginning of the case, the initial appearance or the arraignment, is when the defendant is formally notified of the charge and the bail amount is set at a sufficient sum to encourage the defendant to appear in court. Conditions for release are also established by the judge. The prosecution and criminal defense attorneys present their sides and the judge sets the terms of release.

The conditions are meant to protect the public and confirm that the defendant will attend court proceedings.

In determining conditions the judge takes into account the defendant’s criminal history or lack of it, mental state, physical condition, the likelihood of fleeing the court’s jurisdiction, and the seriousness and nature of the crime accused.

Typical conditions for bail bond release include the following. Failing to meet the conditions of release results in revocation of the bond and forfeiting its financial backing.

Failing to appear in court

Failing to appear in court in Phoenix, AZ also forfeits the bond. The defendant is remanded into custody and the person who posted bail loses the money or collateral property that secured the bond.

The judge will set the date for a bond forfeiture hearing, which is a procedure to determine if the state can keep the money invested for the bond.

Knowingly failing to appear is a separate crime and the judge will issue a bench warrant allowing police to make an arrest and hold the defendant in jail. Bail is no longer an option.

Also, the bail bondsman takes responsibility for the released defendant and will dispatch a bounty hunter to capture and arrest a defendant who tries to skip in order to prevent the bond from being forfeited, at a loss to the bondsman, who then will revoke the defendant’s bond. Financially, the bondsman will charge a bond surrender fee, which can be as much and even more than the original bond fee.

Cases move through the court system slowly, so without release on bail your friend, loved one, or family member could spend months in jail before the case is resolved. For that reason alone it’s imperative that the defendant have an experienced criminal defense attorney to argue for the lowest bail at the initial appearance or arraignment and for potential bail reduction later in the case.

How to hire a criminal defense attorney

Achieving a bail bond is the beginning of a criminal case and it only gets more complicated. Your friend, loved one, or family member deserves the best defense possible in Maricopa County and may ask you to research hiring a lawyer. That means consulting and hiring a qualified criminal defense attorney who believes in the case and will work diligently to protect the defendant’s constitutional rights.

As do many attorneys, I provide a free assessment of the case and you don’t have to hire me to take advantage of this. Just make an appointment by contacting Phoenix Criminal defense Attorney Aaron Black or calling (480)729-1683.

Regardless of who you choose it’s imperative to contact the lawyer promptly so the issue of bail can be properly addressed by the defense lawyer, who will need to talk to the defendant as soon as possible.