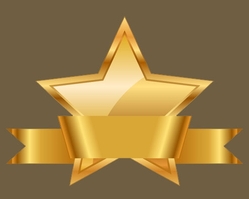 I am once again pleased to announce that I have been selected as a DUI  Super Lawyer in Phoenix, Arizona.

Every year Super Lawyers selects attorneys throughout the United States from firms of all sizes and over 70 practice areas. Annually Lawyers are invited to nominate top attorneys in each state that they have personally observed in action and throughout the year although readers and clients are not eligible to place a nomination they can also send names of lawyers for consideration. The process also includes independent research by Super Lawyers and peer evaluations by practice areas.

Having been nominated as a Super Lawyer since 2013, I am the only 2017 DUI attorney in Phoenix to be nominated for such an award. My feeling are that this nomination is a testament to my continual criminal defense dedication to my clients. I sincerely enjoy protecting their Constitutional rights. My focus has and always will be guaranteeing that the constitutional rights of my client are protected while in the court system.

Good people sometimes find themselves in bad situations. With that being said, it does not mean that those caught in a bad situation are criminals or even guilty of a crime. Furthermore, I don’t care if my client committed a crime, in fact, it’s not even a question that I ask. My true focus is on whether or not the Government can prove their case beyond a reasonable doubt.

I represent clients facing a broad range of criminal charges in Phoenix that include a DUI, domestic violence, theft, possession of marijuana and manslaughter. Depending on the offense they are classed as either a misdemeanor or a felony, and in both instances, they can be life-altering.

If you are facing charges of a misdemeanor or felony crime in Phoenix, Arizona, contact the Law Office of Aaron Black to setup a free consultation or call 480-729-1683.