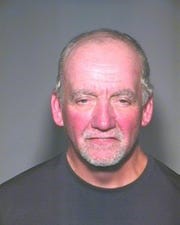 According to the Arizona Republic, Ron Minegar, the franchise Chief Operating Officer for the Arizona Cardinals’ has been fined $200,000 and suspended for six weeks. This surpasses the punishment given to general manager Steve Keim a year ago when he was arrested for driving drunk. Keim was fined the same amount and suspended for five weeks.

The money he has been fined will be donated to the Arizona chapter of Mothers Against Drunk Driving.

Before Minegar can return to the team, he will have to complete several steps, including education, counseling and community service, as Keim had to a year ago.

Minegar's punishment from the team will be sufficient for the NFL. The league will not punish him further.

Minegar also gave a statement in which he apologized, expressed his commitment and understanding that his actions will matter more than words.