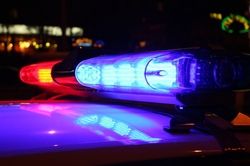 The 4th of July holiday is here and if you are planning on traveling please be aware that there will be areas where the speed limit has been reduced and DUI Task Forces will be out in full swing looking for impaired drivers.

The Chandler Police Department's Traffic Unit will have their DUI task force out over the 4th of July holilday. Beginning in June 30th thru July 4th, the task force will looking out for drunk drivers.

What do the Police look for to detect drunk drivers?

As you know Arizona has some of the most severe penalties for DUI in the country and even a first time DUI can carry some harsh penalties such as jail time and fines.

If you or someone you know was charged with a DUI over the 4th of July holiday, contact DUI attorney Aaron Black in Phoenix or call 480-729-1683 for a free case consultation.