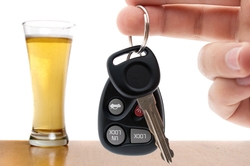 If you have been charged with a 2nd time DUI in Maricopa County you stand to face some very stiff penalties. With an automatic 1 year license revocation which means that you will not be able to drive at all for a full year, the punishment also includes 1 year ignition interlock device, fines and probation. All of which carry a high risk for life altering punishments and ramifications.

The penalties for a DUI in Arizona are some of the harshest in the country. In addition to the above stated a conviction can also carry mandatory jail, community service and alcohol/drug screening & classes. Depending on the blood alcohol concentration and history, jail can range from 1 day to 6 months for misdemeanors and up to 15 years for a felony. In short, a 2nd time DUI in Maricopa County is very serious business.

2nd Time Misdemeanor Driving Under the Influence above a .08 BAC (but less than .15)

$500 Fine
$420 Surcharge
$1250 Prison Fund
$1250 Public Safety Equip. Fund
$20 Time Pay Fee
$20 Probation Fee
If you are facing 2nd time DUI charges in Maricopa County, it’s essential to speak with a lawyer experienced in DUI defense law as the penalties can be life-altering. With a first time offense already on your record it is imperative to have experienced legal representation.

If you are looking for the best, most experienced DUI Defense Lawyer to represent you in your pending DUI case, I suggest the following. If you have questions or if you are facing a 2nd Time midemeanor DUI charges in Maricopa County, please click here to contact Aaron or call (480)729-1683 for a free consultation.